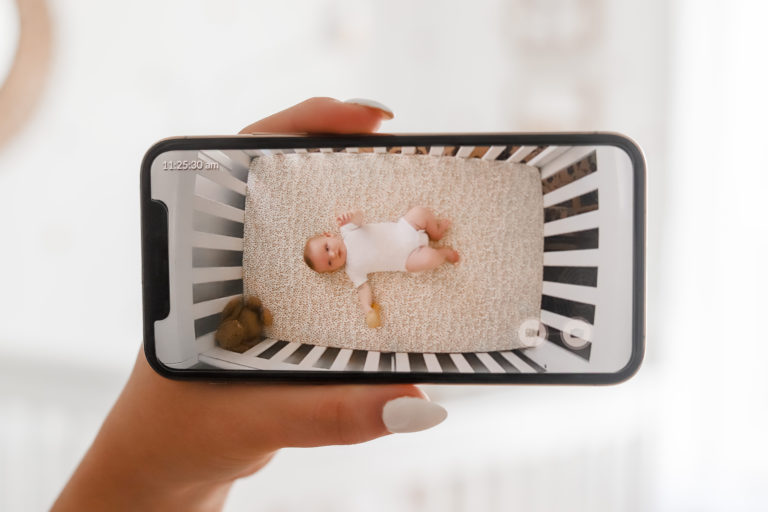 These Cubo Ai blogger reviews show moms what it's like to throw worry out the window and leave night-time anxiety in the past.

Dana Harvey, Home of the Harveys 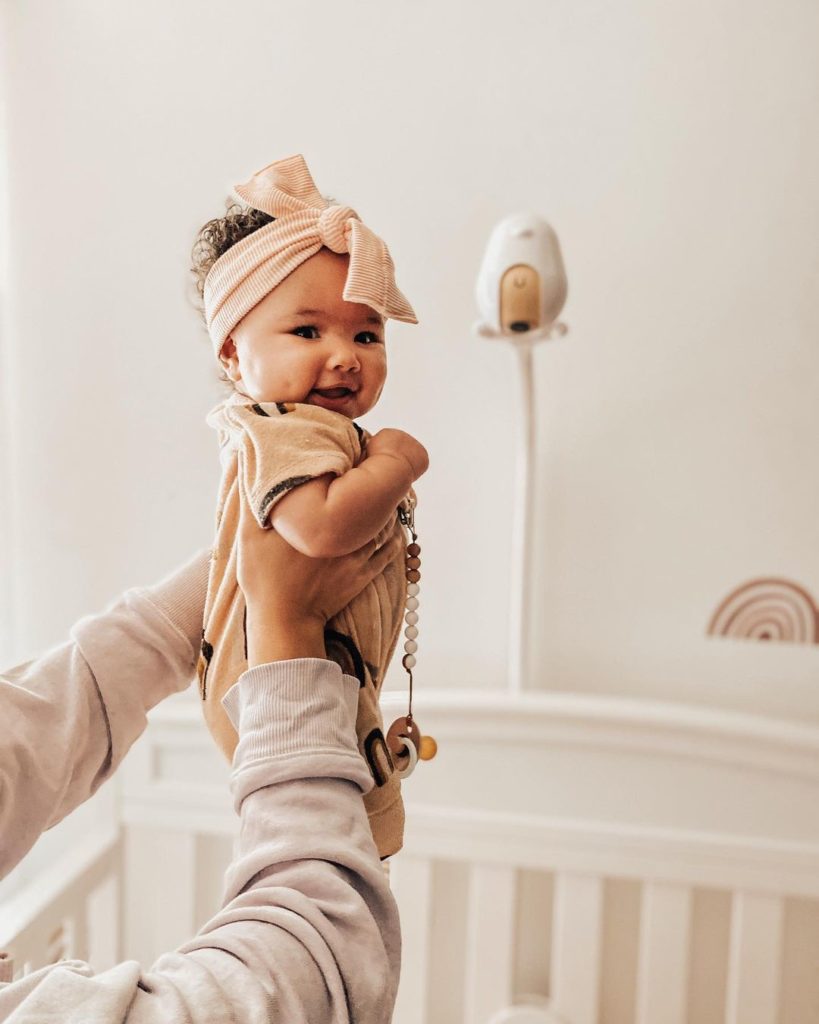 Still in the phase of watching baby girl sleep… well I’m not sure it’s a phase, because it never goes away. Watching her ever so easily this time around with our @Cubobabymonitor through our phones (bye every other baby monitor that’s failed us). I swear parenting is getting easier and easier! Our friends raved about the Cubo monitor having more features than a typical baby monitor as well as the simplicity & functionality in design. And they were 100% accurate, we love it too!  @Homeoftheharveys

Since moving Seb in to his own room at six months old I have been using the @cubobabymonitor and it has given me complete peace of mind. It is the smartest (not to mention cutest) baby monitor I have come across and there are so many features that I love such as the HD camera, no bright infrared light, bird’s eye view and sleep analytics.
I also LOVE that it works on WIFI and isn’t restricted by range – which means I am able to keep an eye on him from the garden, or even when I’m out and it is Daddy’s turn to do bedtime 😉
I’ve written a blog post on all the details and how it compares to the monitor I had before…- Claire Wainwright

London is officially taking naps in her crib (Insert mom cry face). Because of the wallpaper we wanted a monitor in her room that didn’t have to be mounted to wall. @cubobabymonitor is perfect because it comes with a stand that you can secure over the crib without mounting it which also makes it more portable than other monitors we have. Not to mention it’s super cute and goes with the decor. […]I love how clear the quality of the video is even at night and it tracks the temperature and humidity of the room. You can even take a picture if baby is sleeping in a cute position lol. It also has sleep analytics to track how long baby sleeps at night which we will definitely use once she starts sleeping in her crib at night.- Miss Enocha

One of my favourite little corners in this boy’s room ✨.If you’ve seen my stories lately you’d know that I’ve been trialling the @cubobabymonitor … my review is in.I LOVE it, for so many reasons.Firstly, safety… the features on this baby monitor are hands down THE best.The app will alert you if bubs has rolled over (for when they’re brand new), if their face is covered and of course when they’re crying.I love that checking in on Augie via the app is so easy, no more hunting around to find the baby monitor screen and then finding the battery is flat 😬 (we literally always had this issue with our past monitors). – Leah Williams

"I’d say invest in the Cubo Ai smart baby monitor. What’s not to love? The unit specifically prioritizes your child’s safety and protects your child both inside and outside of the crib. Fidgety babies might cover their faces while sleeping—which by the way is one of the risk factors associated with SIDS. And you’re alerted as to when your little one is about to enter a dangerous area. I don’t know about you, but I definitely need a unit like that in my corner. Besides, the monitor also offers exceptional video clarity, two-way audio, room temperature monitoring, and family access sharing. Plus, it’s data encrypted to allay your privacy concerns. "

Fathercraft dad reviewed Cubo Ai in 2020 and listed all his findings in his YouTube review about our smart baby monitor.  Watch it below!

Andrew Tiu from Dad Verb made one of the most complete reviews on Cubo Ai’s look, features, and how it compares to other monitors. Watch below. 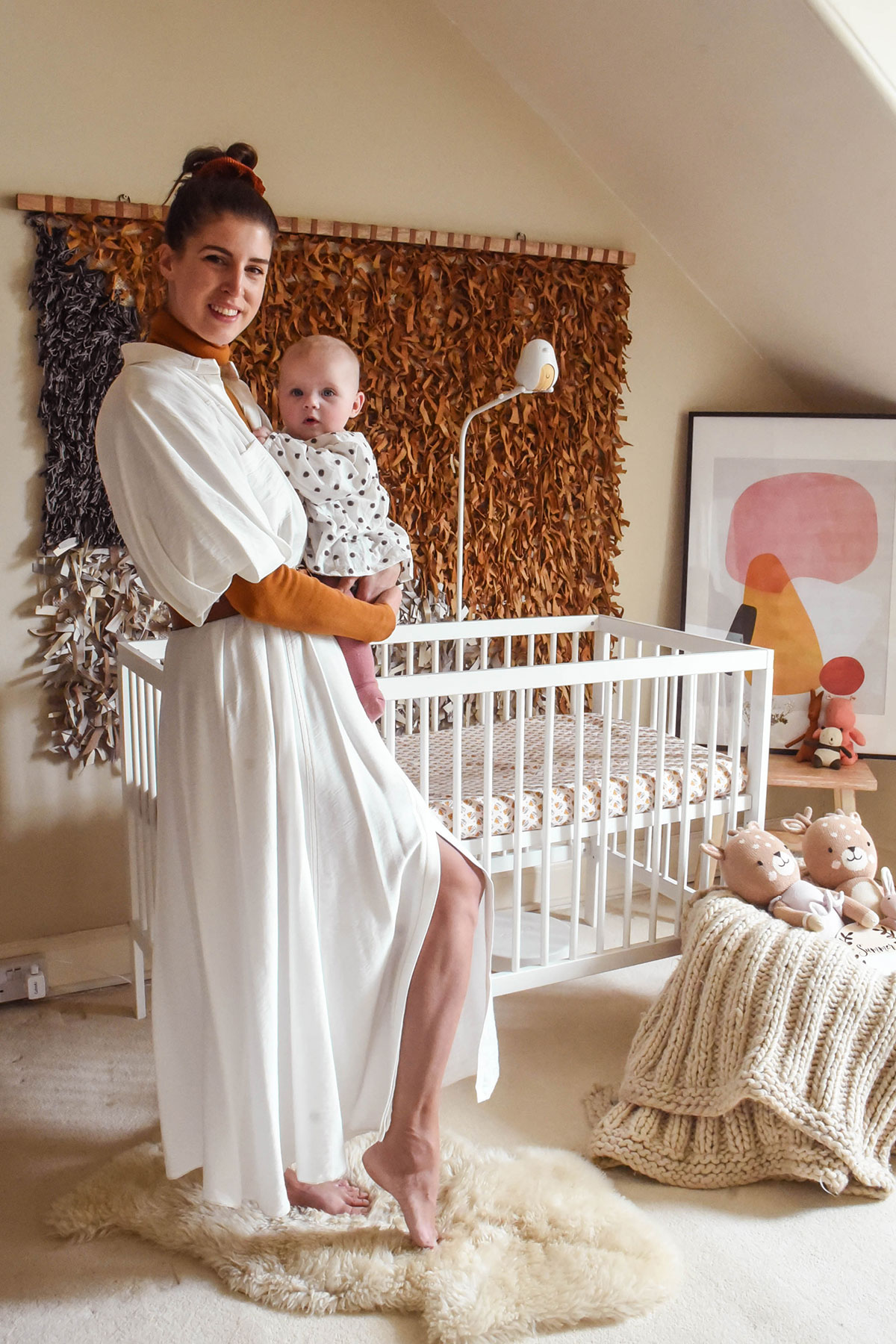 “Honestly I used to think parents with video monitors were a little bit nuts and I couldn’t help wondering, ‘Is a video baby monitor necessary?’… I mean we would visit friends who spent the entire evening starting at their grainy video screen.

For this very reason we previously had a super simple Motorola MBP8 audio monitor and whilst it’s a little tricky to do a baby monitor comparison between these two, because they are worlds apart, what I can say is that Cubo is not like other video baby monitors I have seen. I love that there’s no video screen sitting in the corner of the room (unless you want it to of course) monopolising attention; the app simply alerts you when you should take a look.” 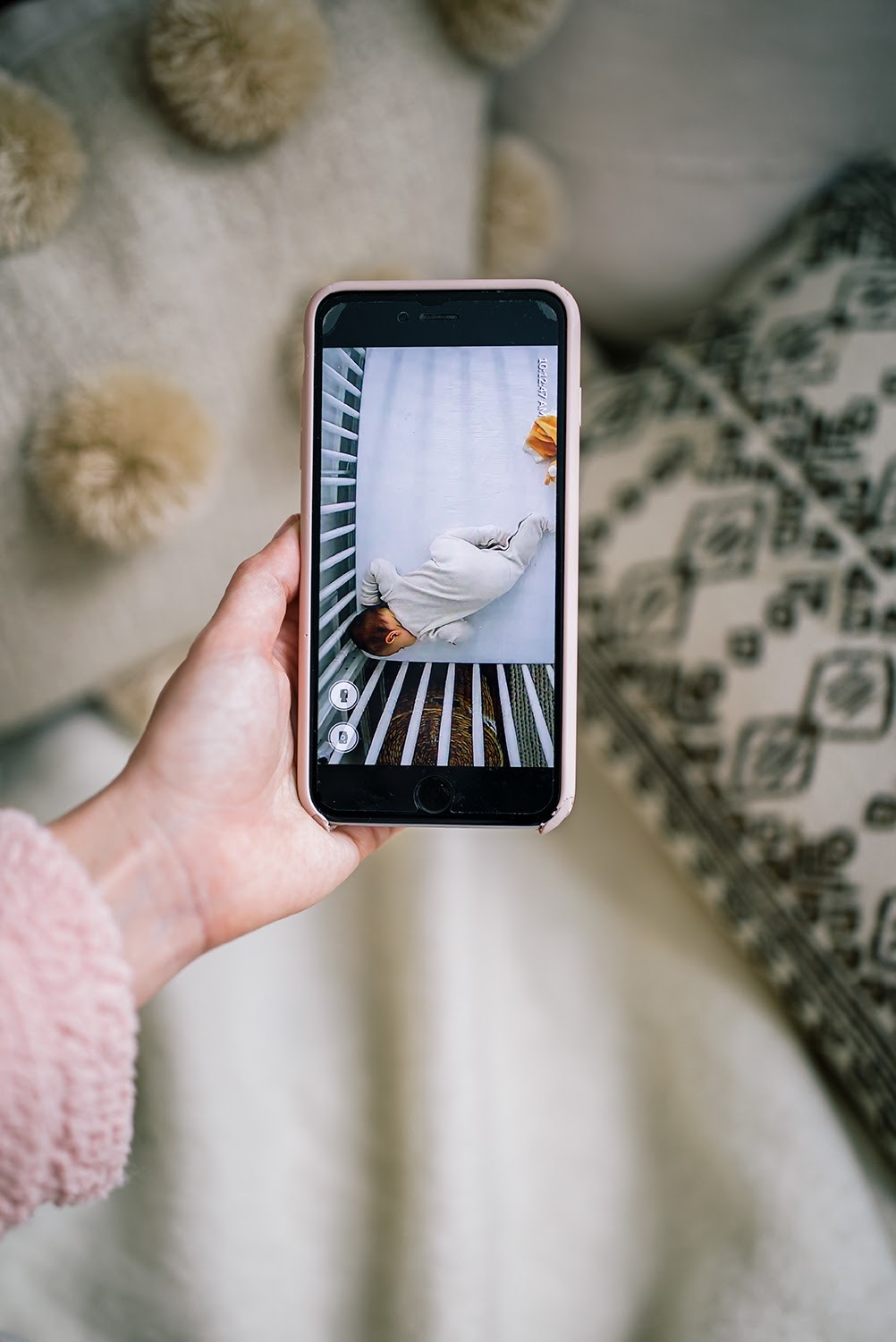 “I knew that for my own peace of mind, we had to get a video baby monitor and Cubo AI Smart Baby Monitor has been a game changer! Before Cubo AI, Jamie and I were using a different monitor that had to be propped on a tripod on the floor, it constantly went in and out of service, and the battery always died on us. I didn’t really trust it and with Edwin alone in his room I needed to trust my camera.”

Not only does Cubo not do any of the annoying thing the previous camera did, but it also has AI integrated into it which detects a covered face and rollovers. Now that Edwin is almost 11 months old, I don’t worry about the rolling since he rolls all over the place, but he does have a lovie in his crib. If his lovie ever covers his face too much I like to know. Cubo also has incredible image quality, takes sweet photos of Edwin and has 18-hour video playback. 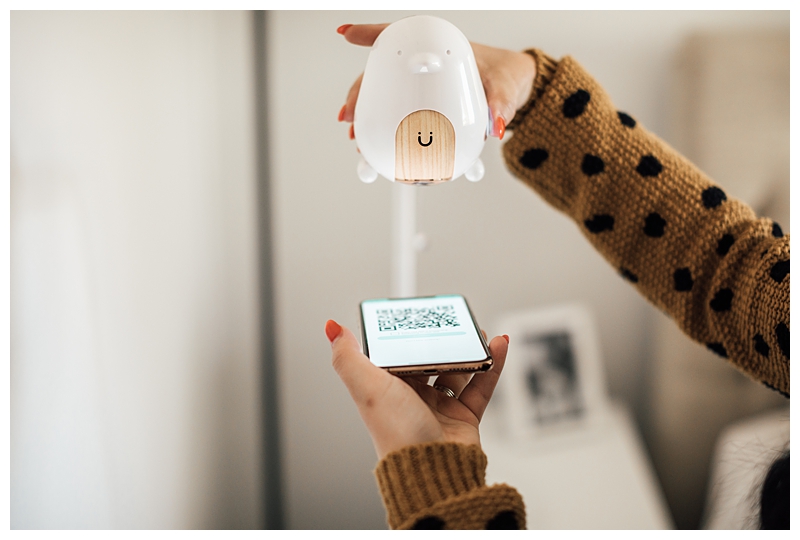 “Needless to say I am absolutely in love with this monitor. I have used about 3 other monitors, which have not had near the quality nor abilities that this monitor has, which makes this one my top one. Cubo is launching on Amazon in November and they’re offering $100 off if you subscribe to their email list, so just tap on the link I have below to get this amazing monitor- I hope you love it also!” 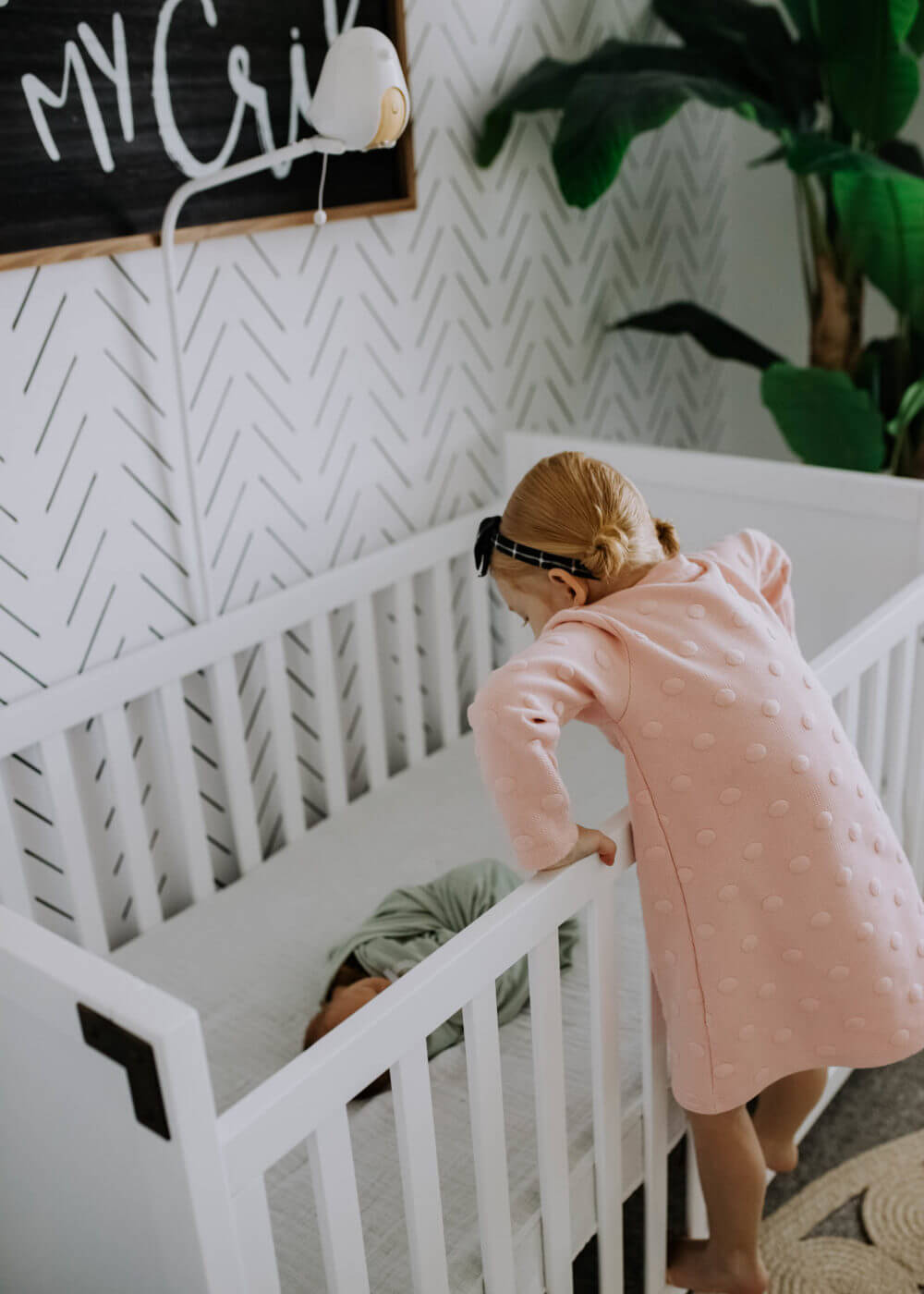 “Now, obviously it also has a camera and with one of the clearest images I’ve ever seen, even with night vision. I was seriously impressed. That’s one of my biggest complaints about cameras – is the quality and not actually being able to your little one all that well, so this alone was a huge check mark on my “must have” list.” 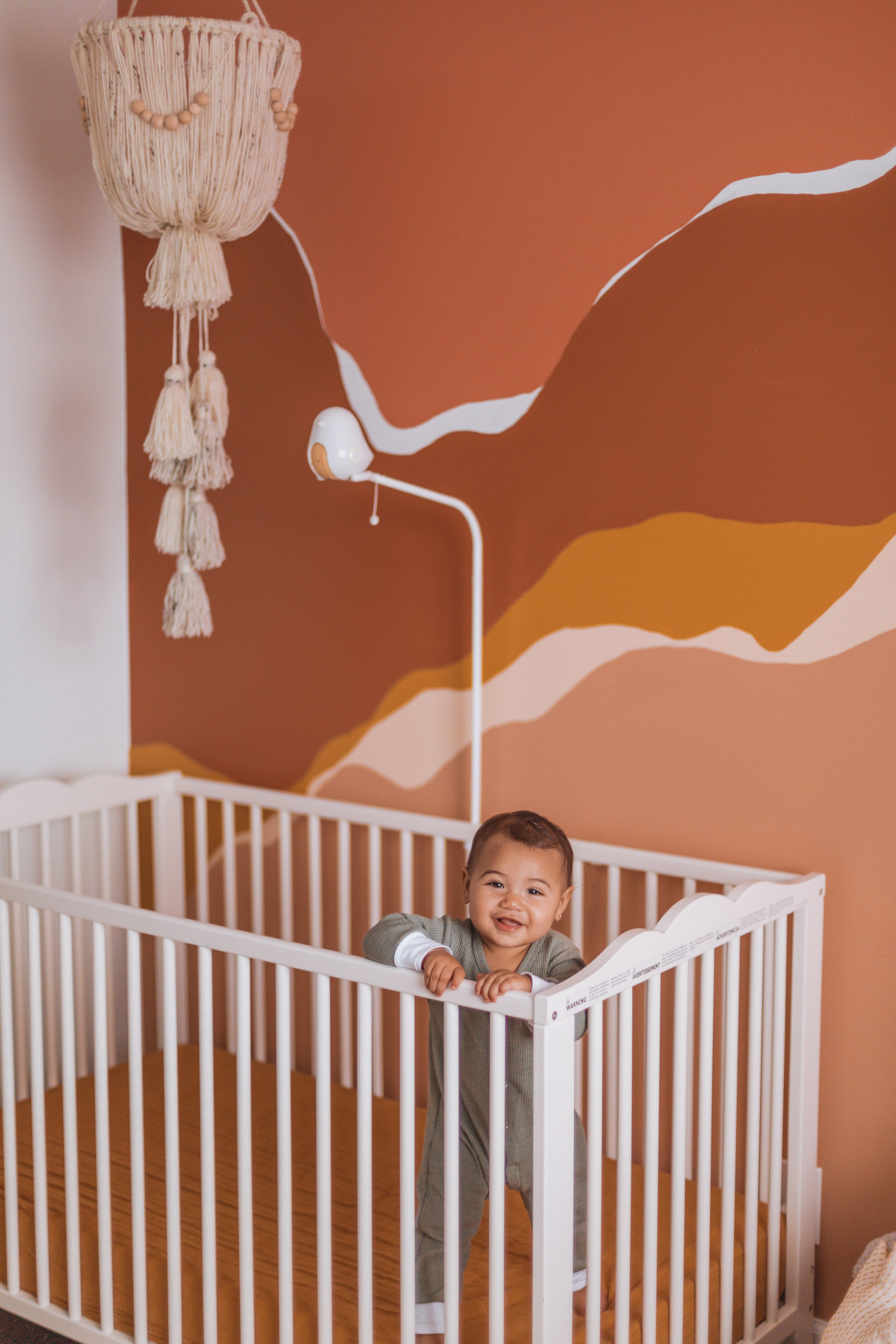 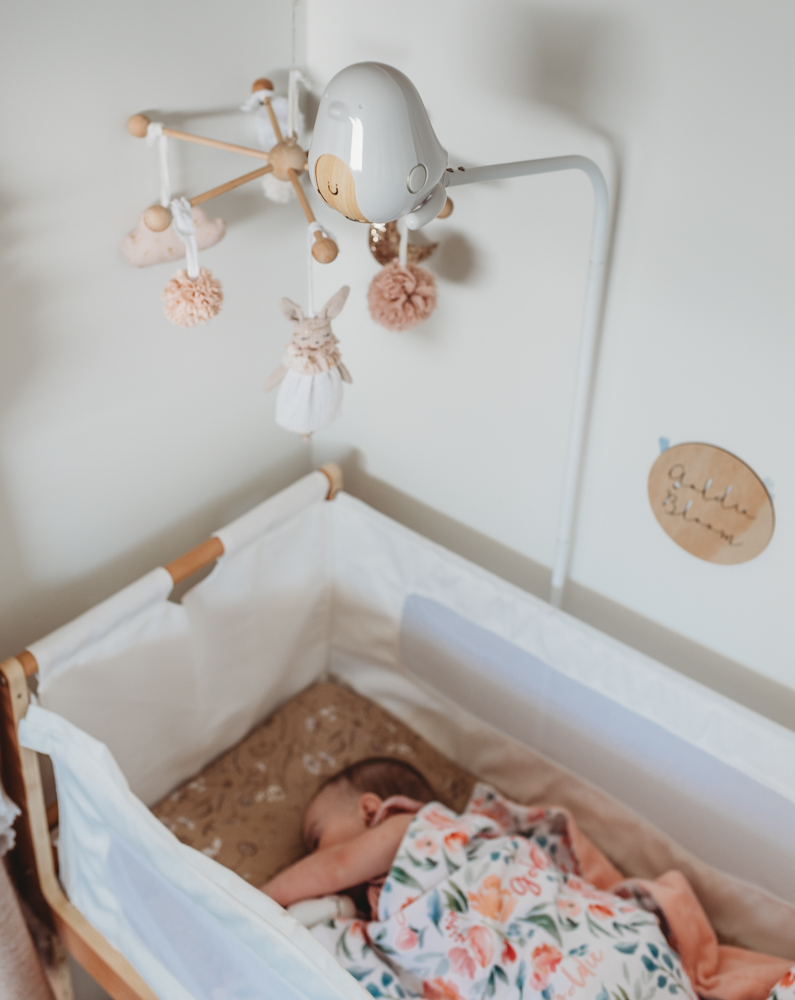 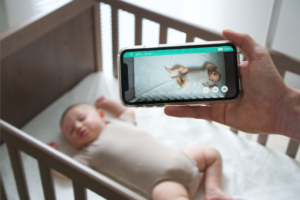 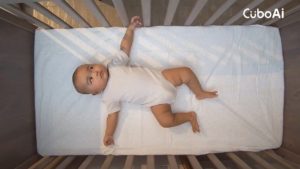 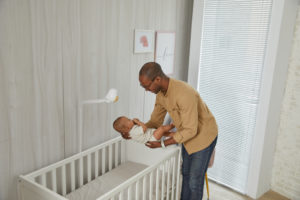 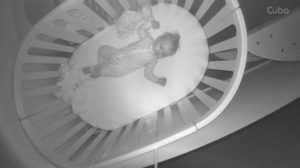