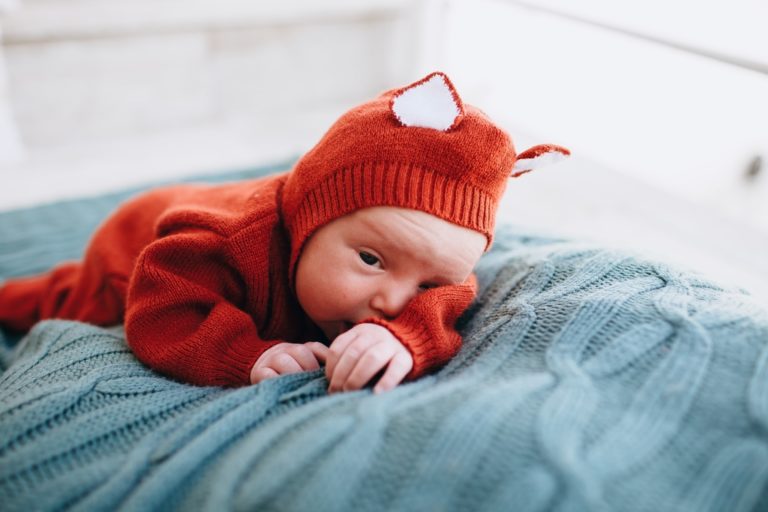 Sometimes, it feels like your first year with a baby is constantly thinking to yourself: “when is this stage over?” but also “that stage already?

The first year of baby milestones goes by in a flash, but if you’re currently wondering about when babies roll over and if it’s too early or too late for your little one to start now, keep reading to find out what you need to know.

Here are the most common questions about when babies roll over.

What constitutes “rolling over” for babies?

Of course, once they have this motion locked down, they might just roll all over their little playpen, so keep those limits set and give them some space to explore all that’s around them, it’s how they learn after all.

Want to be notified when they explore a little too far? There’s a baby monitor for that.

When do babies start rolling over?

Of course, the time for this milestone, like most milestones, varies from one baby to another. Some babies rush to be mobile, others are more laid back and take their time.

Early rolling over could be at 3 or 4 months. Between then and 7 months old, most babies have it mastered. The first signs of rolling over include rocking from side-to-side while lying on their back. Most experts agree that babies will first roll over from their stomach to their back and later learn to do the opposite when they develop the muscle strength and coordination.

Is rolling over safe for sleep?

Rolling over itself isn’t bad for sleep. It’s the on-the-tummy, face-down position that can pose a risk to babies. For instance, when your baby is on their tummy, they might have their face directly on the mattress and lower their oxygen levels due to their position.

This is why rolling over is perhaps one of the most concerning milestones. While crawling, sitting, and walking are exciting, this one makes lots of parents start to wonder whether it’s happening at night.

So what are some steps you can take to make it safer to your baby to sleep while they’re learning to roll over?

Can a baby get stuck on their tummy?

Short answer, yes. While your baby’s muscles and skills develop, your baby could get stuck in a position they don’t know quite how to get out of. THe most concerning of these positions being, like we saw before, on the tummy.

Pediatricians often suggest that you simply turn them over when this happens. Some parents are quite reluctant to this idea and rightly so! Lots of questions come up about how you’ll know that they’ve turned, whether you must stay up all night staring at them, and of course the fear that you won’t.

Luckily there are a few pieces of good news here. For one, the solution of simply turning your baby when they roll over is only necessary for a few weeks while your baby gets strong enough to do it on their own. Second, you don’t have to wake up constantly to check if your baby rolled over (they also surprise you sometimes when you didn’t even see it coming). With a Cubo Ai Smart Baby Monitor you can set rollover alerts to get notifications at night while you sleep. That way you know that your baby needs a hand. This monitor also includes face-covered alerts in case you’re worried about that too.

What if my baby is rolling over at 2 months?

If by 2 months your baby is already practicing their rolling, congratulations! Babies start practicing around this age, exercising their little muscles. If the big milestone comes at 2 months old, well that could look like rolling over to just the side, maybe not all the way. Maybe they’re reaching for toys and even trying to hold themselves balanced accidentally rolling to the side.

Still, a full rollover, especially one from back to tummy may be a few months away.

Baby not rolling over at 6 months or later

There comes a certain point when parents don’t see some of these milestones start to happen and they start to worry. Should this have happened by now? Should we be past this particular stage?

Though 6 months is by no means an age to give up on your baby reaching this milestone of rolling over, if you’re not seeing many of the signs that baby is ready to roll over, consult your pediatrician. Your baby’s doctor will know your little one’s developmental journey best and can recommend whether any action is needed or if your little one is close but just hasn’t quite made it.

Can babies forget how to roll over?”

Unlike riding a bike, some skills are easy to forget.

Especially once you stop using them. Some parents talk about how their little ones started crawling and being on the move and forgot entirely how to roll over. Some would put their little ones down to change their diaper and they’d be stuck like a little turtle.

So, they can actually forget how to do it, but they will learn again after a few fussy weeks. Putting them on their back in a playpen and encouraging them to do it placing toys they love just beyond their reach can help.

There shouldn’t be any reason to worry, but if you find yourself thinking something is off, you can always consult your pediatrician. 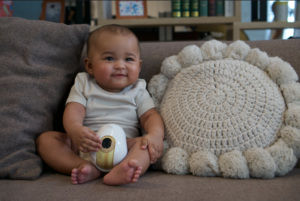 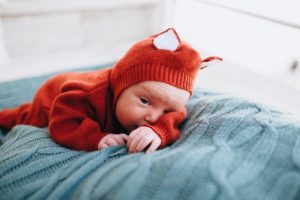 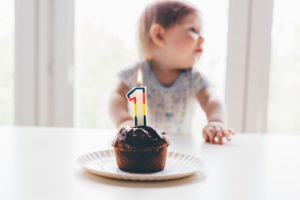 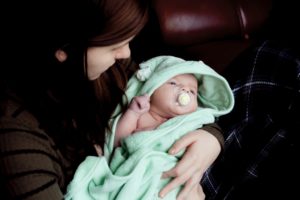 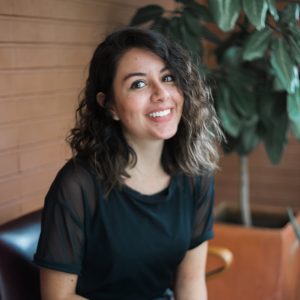 Ximena is the Content Marketing Strategist at Cubo Ai. She follows plants, dogs, and babies on Instagram and almost no one else.
PrevPreviousImportant Baby Milestones in the First Year
NextWhen Do Babies Sit?Next